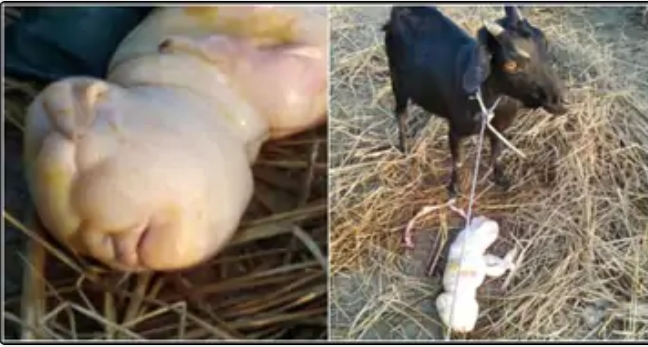 We know that before there was Satyug and now there is Kali Yuga. Sin is increasing day by day on earth. Currently a photo is going viral on social media in which a kid of a goat looks like a human and these photos are claiming to be from Assam.

The goat calf was not fully developed. However, the face looked like a perfect human being The tail of this cub was not even visible. herdsman said he could not believe it when his pet goat gave birth on Monday. 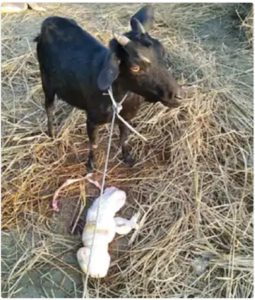 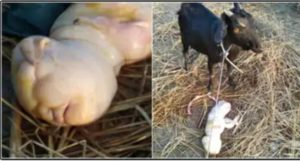 According to media reports, people in Ganga Nagar village of Kachar district were shocked to hear about this. In the case, the herdsman said he did not believe when his pet goat gave birth on Monday. When I looked closely at the kid, his face looked like a human. The tail of this cub was not even visible. 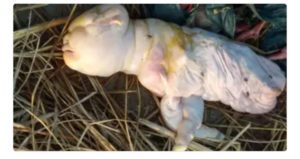 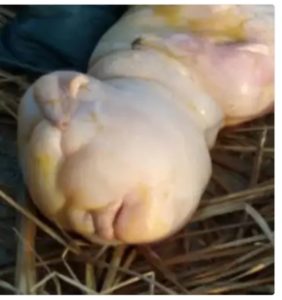 The shape of the baby goat is similar to that of a human being and the goat gave birth to the baby on Monday. We do not condone the image that is going viral on social media.