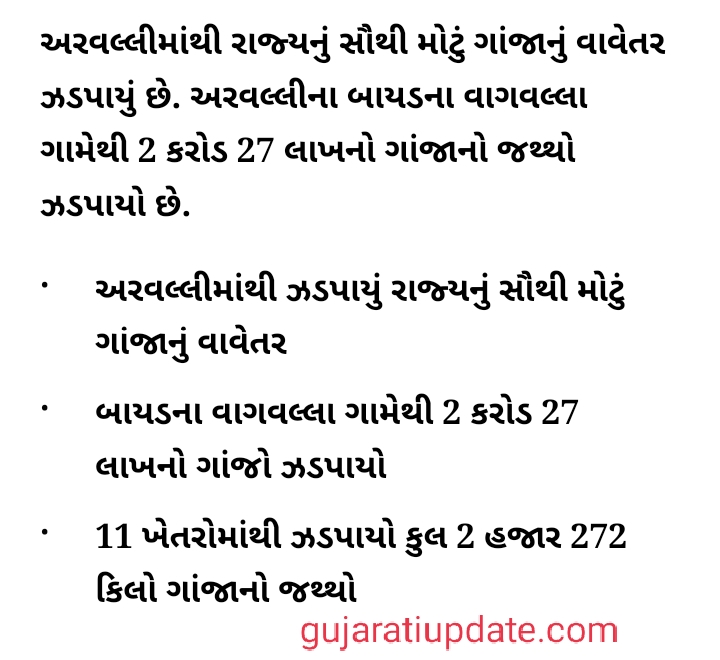 Cases of very large quantities of drugs being seized in Gujarat have been coming up for a long time now. Meanwhile, a quantity of ganja worth lakhs has been seized from one more place in the state. There are also cases of illegal cultivation of banned coffee substances by private individuals all over the state. Meanwhile, quantity of ganja has been seized from 11 farms in Vagwalla village of Baid.

A total of 2 thousand 272 kg of ganja has been seized by the police from 11 farms. Ganja was planted in the field between Tuwer and cotton. A drug racket has been caught from an area of ​​up to two km with the help of drones. At present, the police have registered a case against a total of 9 accused in this matter.

Out of which two accused have been arrested while 7 accused have absconded. Baid Police and LCB have seized all the quantity and taken further action. While the government has been cracking down on drugs and coffee substances many times, the cultivation of ganja worth lakhs of rupees has also been suppressed in the Aravalli district of Gujarat.