Hello friends, the number of vehicles in our country has increased a lot and we have to bring a new policy for vehicles but the recruitment of traffic police has been announced in Ahmedabad traffic police prevention.

Nowadays, everyone needs a government job and they are working hard to get a government job. The traffic problem in Ahmedabad has increased a lot and the government is also concerned to solve this problem. Recruitment of police personnel has been issued. And the process of filling up his online form has also started.

Applicant should be 9 pass or above

• then find a advertisment and check eligibility

• if your eligible for destierd post you can apply online.

General knowledge questions will be asked to the candidates who have passed the physical ability test and are eligible for the interview. The final selection will be made by the police department after verification of the character of the selected candidate after physical fitness test and interview.

Candidates who successfully complete the traffic brigade training will be allotted an identity card and the prescribed uniform. In this way, the final selected candidate will be transferred by the trust to Traffic Police Ahmedabad Muni. Corpo. Or else will be sent for service as a traffic regulation assistant as required. An honorarium will be paid by the trust for this service.

Trained traffic brigade personnel will also be allowed for livelihood activities / jobs if they can regularly attend the honorary service of the traffic brigade even if they are engaged in other occupations or jobs. Service must be a priority. -Selected candidates will be given a separate understanding of the rules of this honorary service. The trust will have full power to change these rules. As well as that every goer will have to follow it.

Traffic brigade volunteer will have full authority to make changes in the selection process by the trust for administrative reasons and the applicant will have to go through the selection process accordingly. – Physical Ability Test of Traffic Brigade Volunteers Dat. Will start at Candidates who need to change the date of physical fitness test due to educational or health related problem should report to the Deputy Commissioner of Police, Traffic Administration, Traffic Branch, Ahmedabad city along with the evidence.

If not enough candidates are found in this recruitment process, get the list of retired Army personnel from the Soldier Welfare Board or before the interview in the recruitment process of Police Lokarakshak, PSE, Paramilitary Forces, Home Guard.

Traffic brigade volunteers can be selected as per the requirement by obtaining the list of candidates who have reached and by conducting personal interviews of the candidates who want to join this honorary service from among such candidates or from the candidates included in the waiting list. This selection process has been started to meet the number of traffic brigade volunteers determined to keep the population in proportion to the traffic system. If a suitable candidate is not found in sufficient numbers, the option of re-recruitment may be considered.

If any hidden or misleading result during the recruitment process will result, the candidate will be disqualified at any stage. 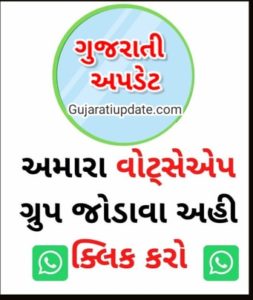