We all are associated with married life, when we are above 22 years of age, we think of getting married, our life takes a new direction. As per Hindu religion and custom we are looking for Muharta for marriage or doing any auspicious work then we will know about the auspicious Muharta in Vikram Sawant 2079.

In every society around the world, marriage is recognized as the initiation ceremony of the union of a man and a woman. The practice of marriage has been going on since time immemorial, in which marriages take place within caste or inter-caste. Marriage is a part of society and modern thinkers treat marriage as an institution. 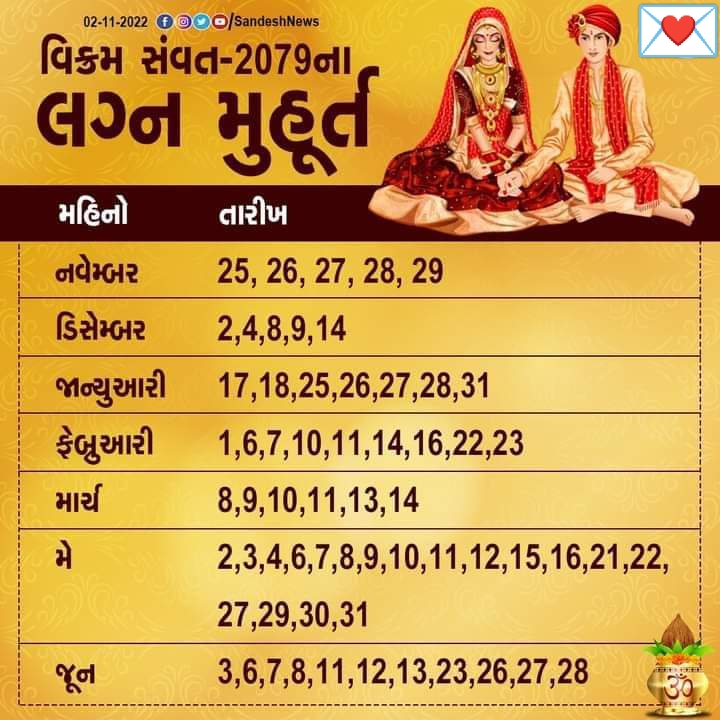 In Hinduism, no rituals are followed for cohabitation after marriage. In fact, marriage is considered perfect or valid even without cohabitation, because marriage is between two souls and is beyond the body. It also connects two families. Colors suitable for this occasion are usually red and gold.

Wedding ceremonies can be expensive, and the cost is usually borne by the parents. It is not uncommon for a middle or upper class wedding to have a guest list of over 500 people. Often, a band of live musical instruments is playing. Vedic rituals are performed and then family and friends bless the couple. Many dishes are served to the invitees. Depending on the customs in different parts of India, the wedding celebration may take up to a week.