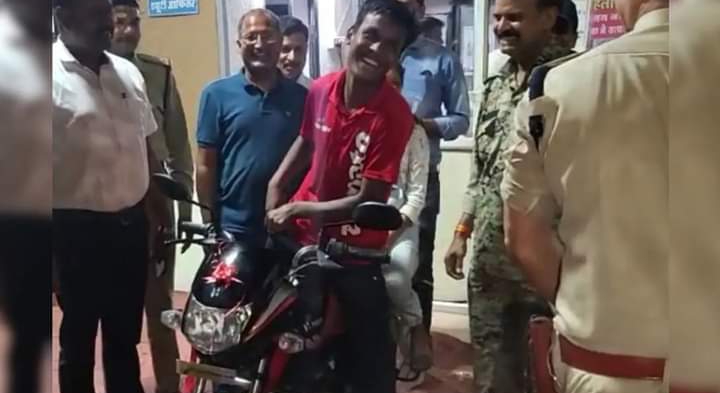 The capital of Madhya Pradesh is also ahead in the name of indore cleanliness. You too will salute the performance of a police service in its capital Indore.

Police on duty at Vijay Nagar station in Indore have given a bike from their salary to a boy working as a delivery boy in the scorching heat. The young man was very happy to give the bike to the young man who was delivering food to our house. As the photos of the police went viral on social media, people started applauding the police.

At the same time, Zomato delivery boy Jay Halde thanked the police for their help. According to Delivery Boy Jay, earlier he could only deliver 8 to 10 parcels by bicycle, but now with the help of bike he has been able to reach 15 to 20 parcels, which is also benefiting him financially. Currently, this unique initiative of Vijay Nagar police station is being appreciated on social media.