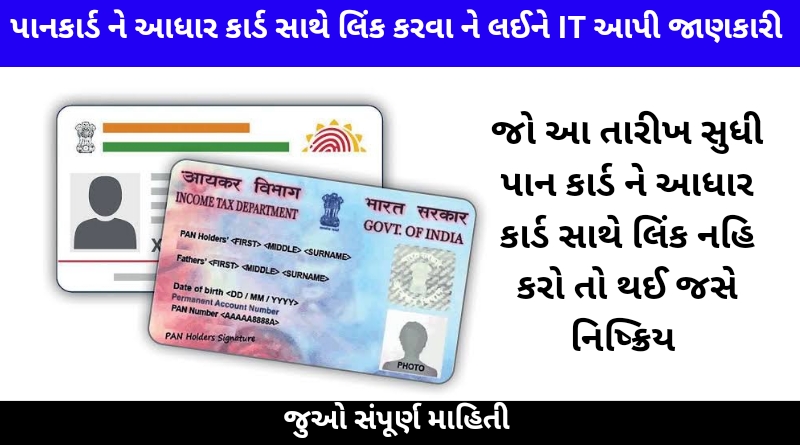 The Income Tax department on Saturday issued an advisory that if the Permanent Account Number is not linked with PAN card and Aadhaar by March 2020, it will become inactive. 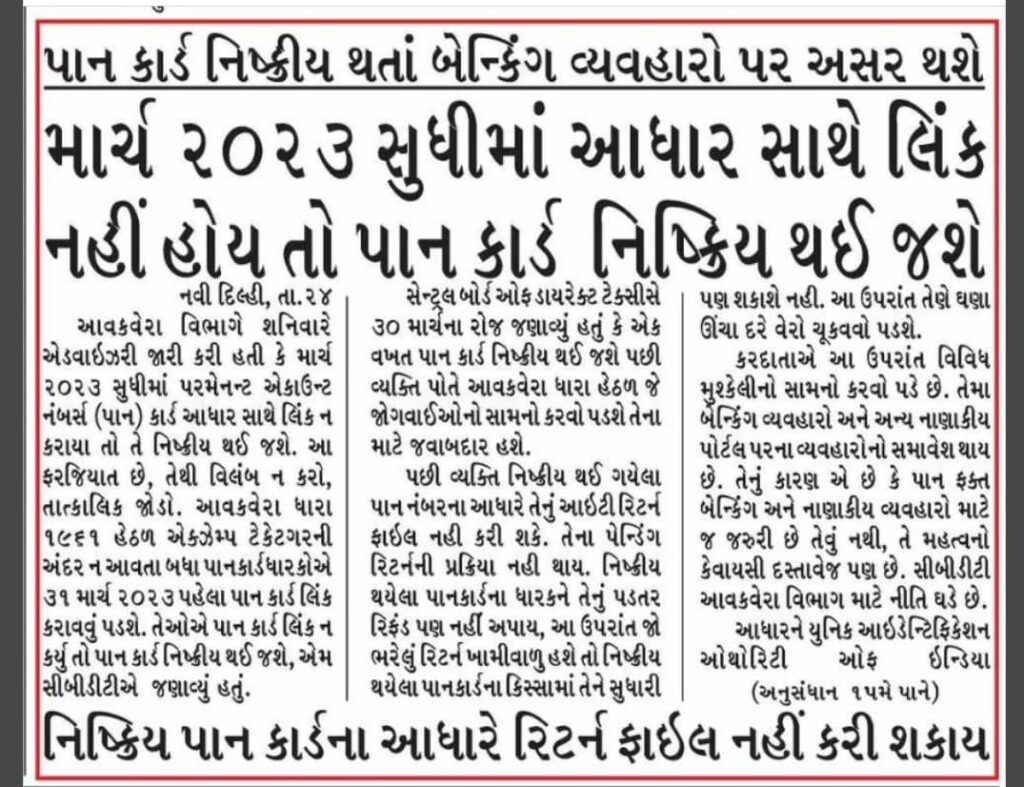 Linking with PAN card and Aadhaar card is mandatory so don’t record it Immediately link all PAN card holders falling under Exemplary category under Income Tax Act 1961 have to get PAN card before 31st March 2023 and if PAN card is not leaked it will be deactivated.