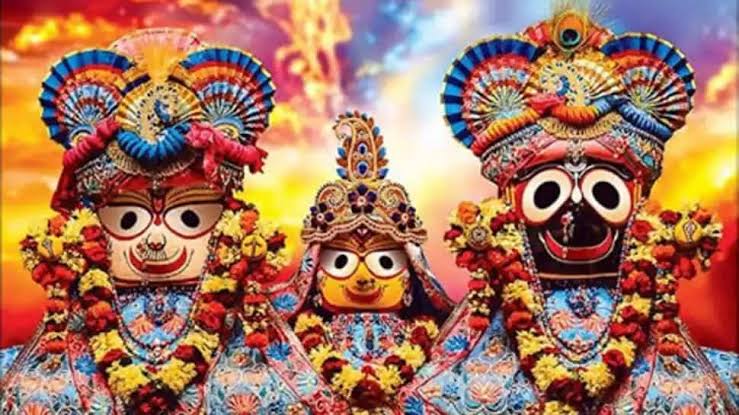 The festival of Rath Yatra is one of the major festivals of India and it is celebrated with great reverence and gaiety across the country, but its grandest event is seen in Jagannathpuri in the state of Orissa. Jagannathpuri Temple at Puri is one of the four states of India.

It is also one of the oldest temples in India and is dedicated to the worship of Lord Krishna, Balarama and their sister Goddess Subhadra. This Rath Yatra begins on the second day of Shukla Paksha of Ashadha month. On this day a large number of devotees come to Puri from all over the country and abroad to participate in the Rath Yatra festival.

The festival of Rath Yatra has started from Jagannath Puri itself. After this this festival started being celebrated all over India. At the beginning of the Jagannath Rath Yatra, the descendants of the old kings traditionally sweep in front of Lord Jagannath’s chariot with gold-handled brooms and after that the Rath Yatra begins with chants.
In the earlier times, due to lack of resources, most of the devotees from far and wide could not reach this holy festival of Rath Yatra. But at present technological development has made its appearance grand as well. But due to this many accidents are also seen because now it has become very easy to reach Puri due to the means of travel.