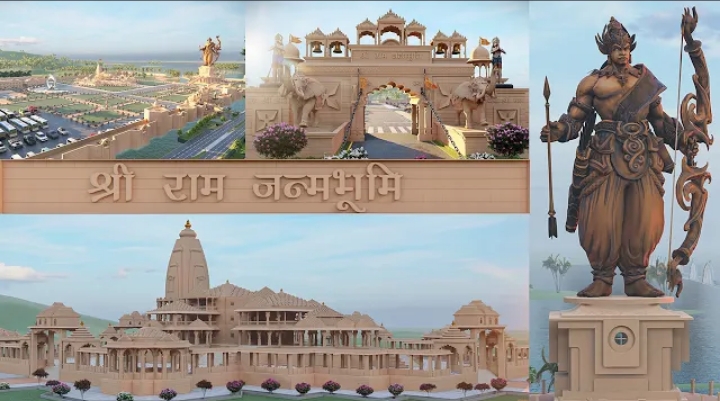 Our country is secular, inhabited by people of many religions and castes. The Modi government took an important decision and made a historic decision about the Ram temple. And a Ram temple will be built in Ayodhya. Then we will see what the Ram temple in Ayodhya will look like after it is ready.

In the controversy that has been going on for almost 200 to 300 years about the temple of Shri Ram, a descendant of our Hindu religion, when the Modi government is going to build a temple of Ram in Ayodhya, a temple of Ram will be built at a cost of millions of rupees.

Ram was born as the son of King Dasharatha of Ayodhya and his cousin Kaushalya. People also know him by the names of Ramchandra, Dasharath Nandan, Kaushalya Nandan, etc. He is considered to be an incarnation of Vishnu. In the incarnations of Vishnu, Lord Krishna is considered as Purushottam and Rama is considered as Purushottam. King Dasharatha’s other two queens, Sumitra and Kaikeyi’s sons Lakshmana, Bharat and Shatrughan were other brothers of Rama. Lord Rama was married to Sita, daughter of King Janak of Videha. They had two sons, Love and Kush.

We have a lot of descriptions about Lord Rama in Hinduism. Rama is also described in our religious scripture Ramayana. In which there is talk about Rama’s exile