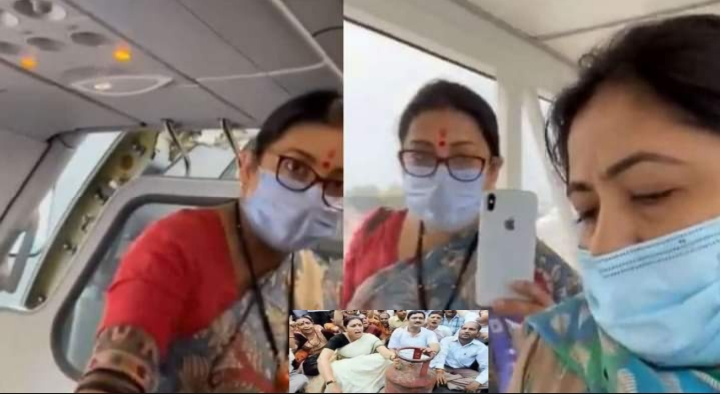 There was a scuffle on the plane between our Union Minister Smriti Irani and the Congress woman president. Petrol and diesel prices are on the rise after the five state assembly elections.

In a video that went viral on social media, Smriti Irani and a Congress woman asked Smriti Irani questions about rising petrol and gas prices. When the BJP government was in the opposition, Smriti Irani had protested many times over inflation. 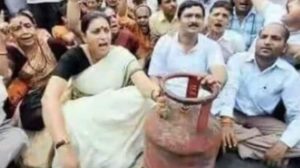 At a time when the BJP government is in the Opposition, the tide is rising day by day, when a woman questioned the Union Minister about it, so Smriti Irani kept silent. A scuffle ensued between the woman and Smriti Irani

The woman Congress president made the video while traveling with Smriti Irani in Delhi, asking questions about Moghwari. Smriti Irani then said that you are making a video against my will while he said that the video was suddenly stopped while you were in an important position in the government.