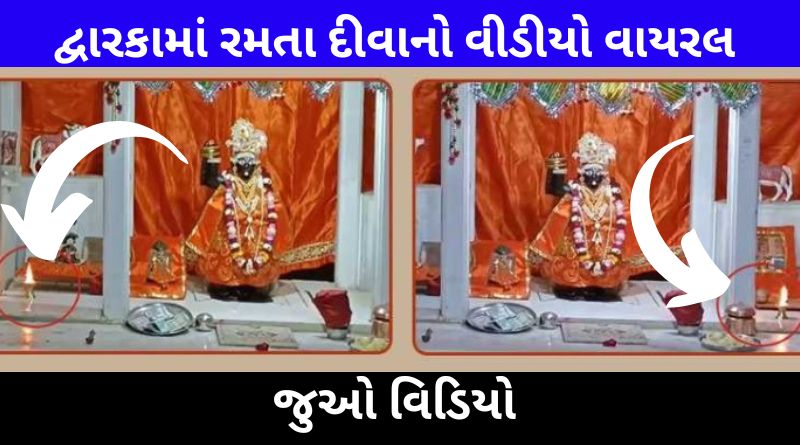 We believe in many gods and goddesses on earth, we believe in many religions and gods. We are hearing the news that miracles and miracles have happened many times regarding God and Goddess. We worship with religion and faith.

The sports lamp in Dwarka has become a center of attraction for devotees, in fact a video has gone viral on social media in which the lighted lamp in the Lord’s temple is seen moving from one place to another.

This video has gone viral on social media and it is being said that such a viral video is of the legendary Yamuna Maharaniji Haveli in Dwarka’s Khambhaliya where it was lit during the Aarti and was seen moving from one place to another without anyone’s help.

When we see the many miracles of Gods and Goddesses, once again in the haveli, the lamp lit in the face of Yamunaji can be seen moving from one place to another, and the mukhlaji of the haveli also claims that the cymbals can be heard along with the lamp.