In Uttar Pradesh, four friends went for a ride with a BMW car and drove the car at a speed of 230. Four friends did facebook live before the accident. In Facebook Live, the four friends were saying that they will all die today.

After the accident on Friday on KM 80 of Purvanchal Expressway, after the post-mortem of the four dead bodies, the family took them today. The doctor doing the post-mortem said that the accident was so painful that the heads of all four had been severed from the body. The dead body of one was also divided into two parts. 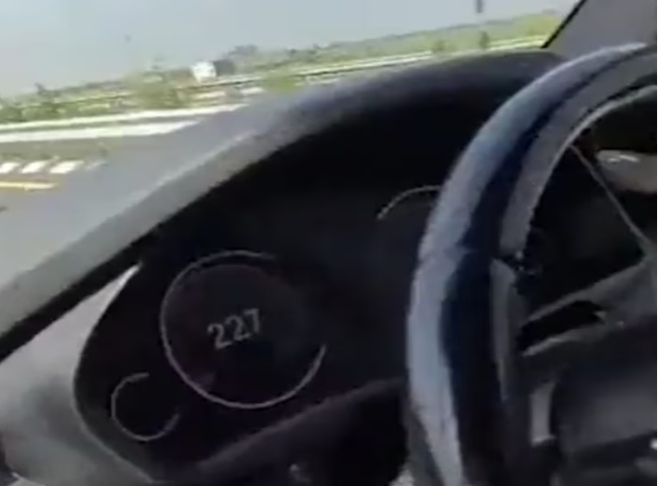 The deceased Deepak Anand, an engineer from Rohtas, Bihar, was accompanied by his cousin brother-in-law, a friend Akhilesh Singh and another friend Bhola Kushwaha on the BMW. Bhola was driving the car. A live video of yesterday’s incident has surfaced on FB. Deepak is saying the first thing all four will die. 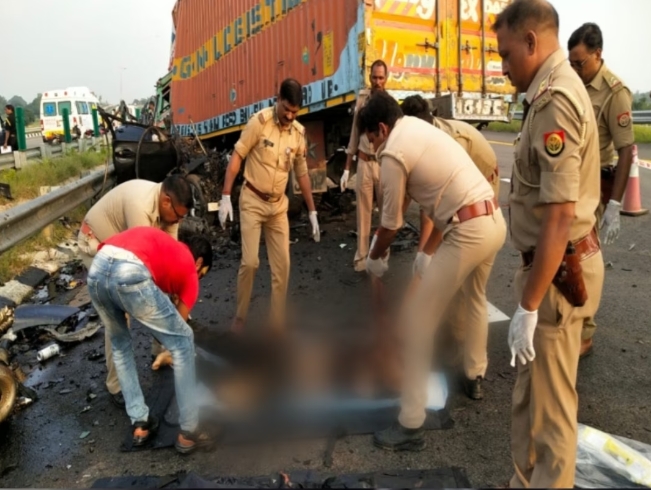 At that time Deepak was in BMW with his cousin, Dr.Gradually the speed of the BMW became uncontrollable and it collided with a container in Haliapur. The accident was so severe that all four died on the spot.

Four people were killed in a BMW collision with a container in UP’s Sultanpur on Friday. Now a video of Facebook Live has surfaced just before this accident. After the video surfaced, it is being told that the speed of BMW was 230 km per hour at the time of the accident. The four youths in the car were live on Facebook.

There is no footage of the collision in the video, but seeing it it is clear that the speed of the BMW was very fast at the time of the accident. It is being told that the route was diverted at the place where the accident took place. Seven days ago at this place the road had sat due to rain. The accident took place at the same place where a car got stuck a few days back when the road collapsed after heavy rains.