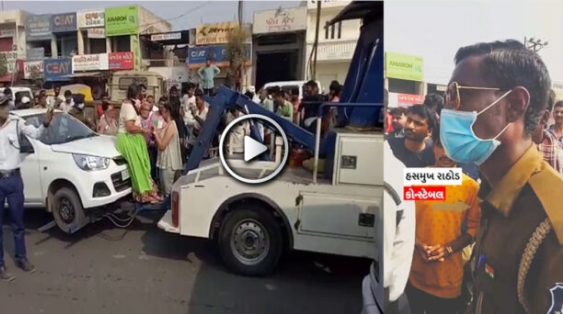 We know that we should all follow the traffic rules but one case has come up in Vadodara. A video has gone viral on social media in which traffic police are towing a car. And the women are crying. 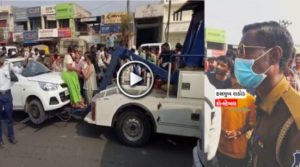 Women traveling from Vadodara to Ahmedabad are stopped by the traffic police. When he asks for his ID card along with the constable, the policeman gets angry and towing the woman’s car with a crane. Busy towing the car. There are also fights between the police and the women and a lot of people get together

The experience was experienced by four women from Ahmedabad on Sunday. When the woman asked for the traffic constable’s iCard, the constable angrily towed the women’s car. As a result, the women got into trouble and at one stage they even burst into tears. 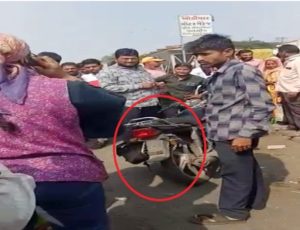 Against him, a woman constable of the traffic branch, whose name turned out to be Hasmukh Rathore. Asking for his iCard from him, Hasmukh Rathore’s ego got hurt and he started the process of detaining the car. Due to which there was a great rift between the two sides.