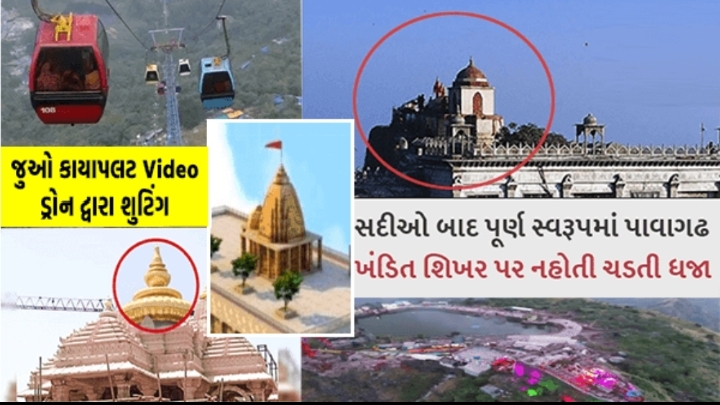 The trustee of the temple, Ashok Pandya, told that it is believed that sage Vishwamitra had consecrated the idol of Goddess Kalika in Pavagadh. The original spire of the temple was demolished by Sultan Mahmud Begda during an attack on Champaner in the 15th century. He told that the dargah of Pir Sadanshah was built on top of the temple shortly after the summit was demolished.

Prime Minister Narendra Modi inaugurated the redeveloped Mahakali temple. The Prime Minister also unfurled the traditional red flag on the newly constructed summit. The temple is part of the Champaner-Pavagadh Archaeological Park, which is included in the UNESCO World Heritage List and is visited by lakhs of devotees every year