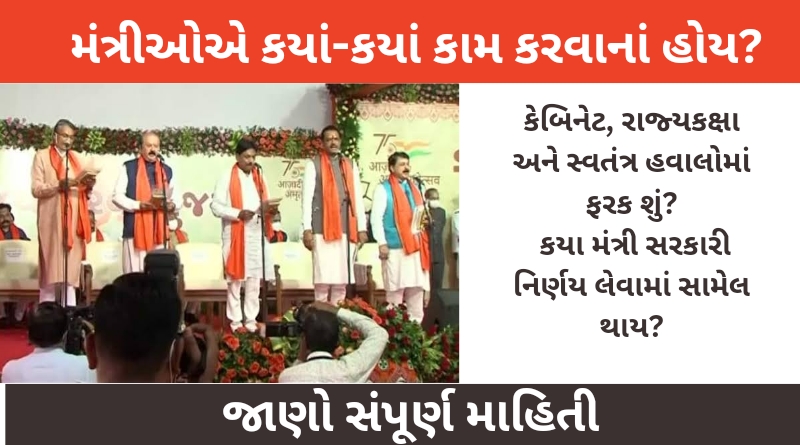 We know that the Bharatiya Janata Party formed the government with its majority and on December 12 they administered the oath ceremony and distributed the portfolios to different leaders in which Bhupendra Patel was made the Chief Minister and more than 15 other leaders were given different portfolios. was distributed.

The new government in Gujarat has sworn in 17 ministers in which 8 cabinet ministers, 2 independent charges and 6 state level ministers have been appointed. We are thinking that ministers are given different accounts in the government but what is their function. So we will know about it.

Cabinet level ministers occupy a special position in the cabinet. They mainly have more than one ministry. Cabinet ministers are involved in all government decisions. Normally the Cabinet meets every week. Any decision of the government or an ordinance, new law, law revision etc. is decided only in the cabinet meeting.

The part of the Council of Ministers which is held by Ministers of State with independent charge, they are fully responsible for the ministries and departments assigned to them. However, he does not participate in the weekly cabinet meeting. The Cabinet may call upon him on special occasions to discuss and decide on issues related to his ministry or department.

Seeing that currently 17 ministers have been appointed by Bhupendra Patel, it seems that in the near future more cabinet will be formed in which 8 to 10 members can be added.