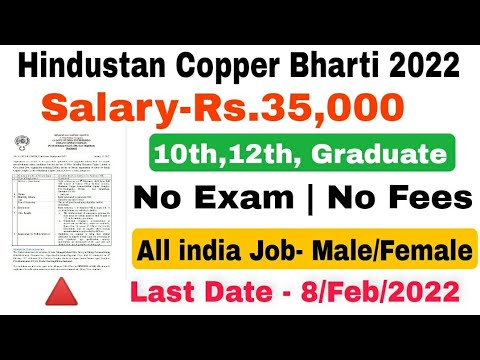 Recruitment has been announced by Hindustan Copper Limited The recruitment process is to be completed through interview. It has announced recruitment for 104 posts. The maximum age for recruitment is 63 years. 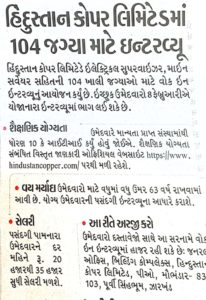 • Age limit The maximum age for candidates is 63 years. The suitable candidate will be selected on the basis of interview.

• Salary Selected Candidate gets Rs. 20 thousand to 35 thousand will get celery. અરજી Apply in this way Candidates can be present in walk-in interview along with documents at: General Office, Building Complex, Hindusta Copper Limited, PO, Maubhandar-83 103, Purvi Singhbhum, Jharkhand