Bharatiya Janata Party President Cr Patil has suspended a total of seven leaders from the party. Cr Patil has taken this decision immediately for those who revolted. BJP had announced the list of total 182 candidates but BJP has suspended these leaders because many candidates were upset about not getting tickets and they filled the form as independents. 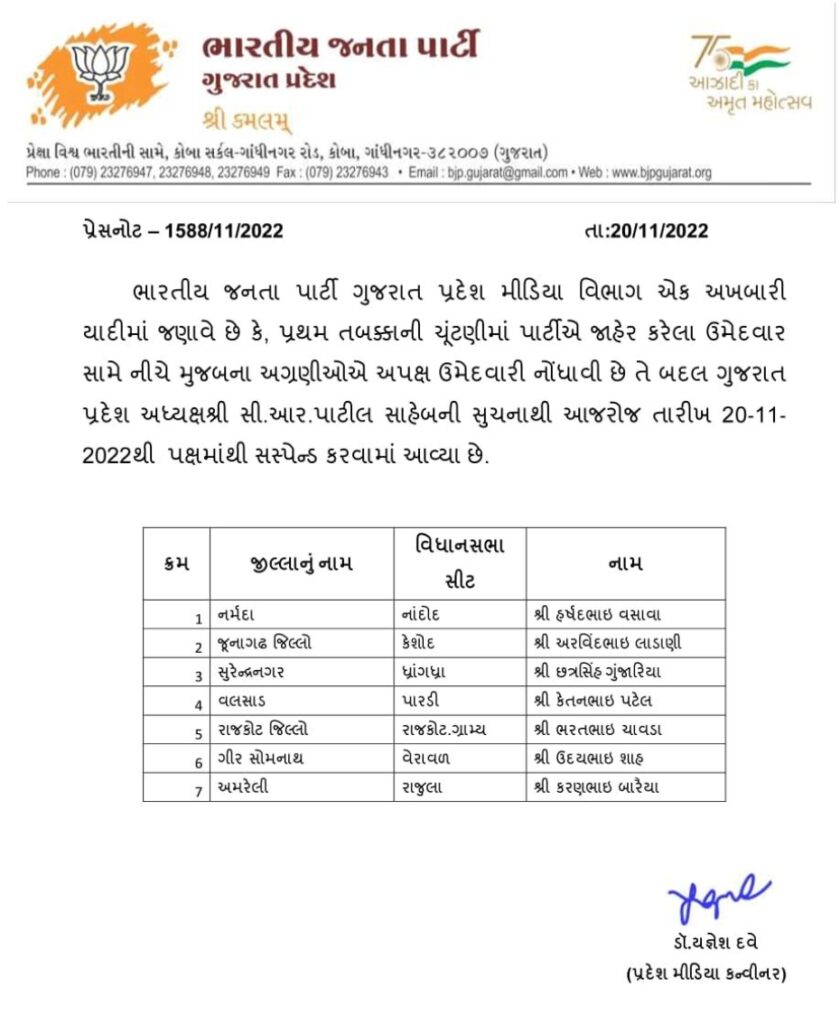