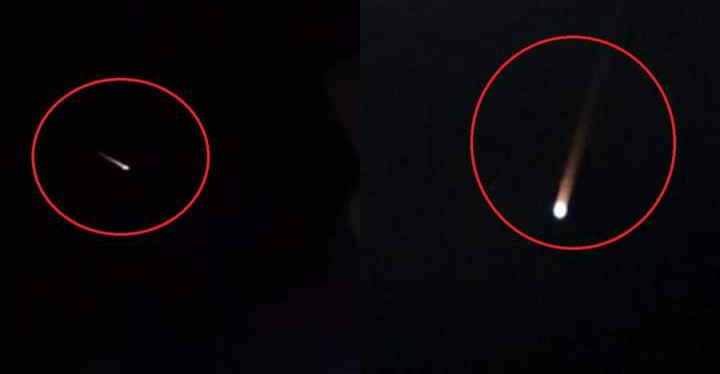 While many incidents happen in our sky from time to time, an incident was seen in the sky around 8 pm on Saturday night in Gujarat and there was great curiosity among the people about it. In many parts of Gujarat, at 8 pm on Saturday, a long tail-like ball of fire was seen moving from west to east.

According to the details received in this regard, a scene like light shining in the sky was seen in various districts of the state around 7:30 pm this evening. Fireballs were seen in the skies of Gujarat including Botad, Santalpur, Radhanpur, Mahisagar, Valsad, Navsari, Anand.What did it look like in the sky of Vadodara late at 7:45 pm that people just kept watching,

A shocking incident took place in Vadodara on Saturday evening. At 7:45 pm, people were seen standing on the side of the road watching the scene. Now, what really happened in this incident will come to light only after an investigation. This object seen in the sky is seen as a meteor on a primary basis.